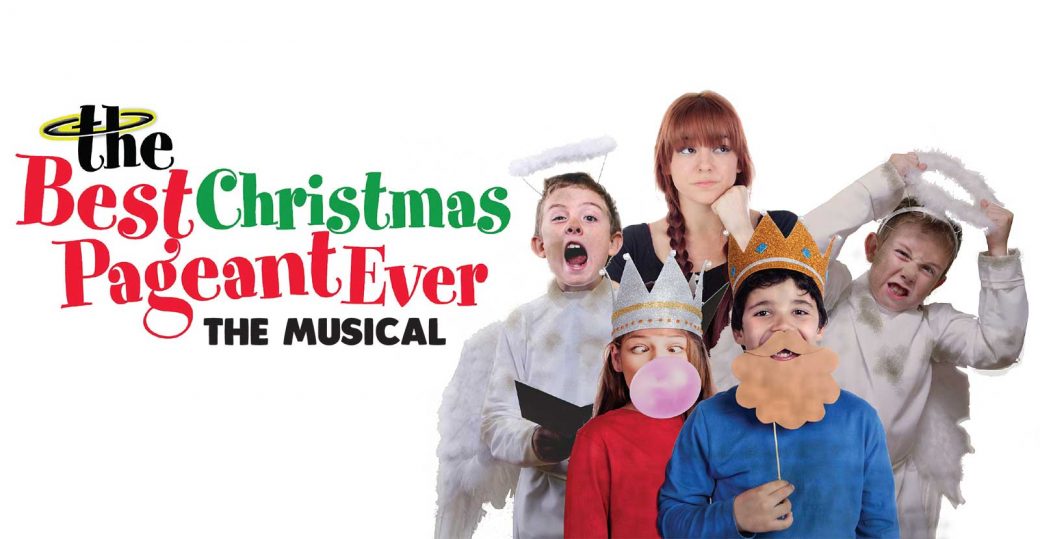 The Herdmans are the worst kids in the history of the world. They show up to Sunday school when they hear they have free food, and then insist on auditioning for the annual Christmas pageant. Knowing nothing about the story of Christmas, they have a lot of questions for their beleaguered director Grace. This could very well turn into the worst Christmas pageant ever.
Director Anthony Clark-Kaczmarek loved the show from the first reading. Before becoming a school principal, he taught students drama for a decade. He was looking for an opportunity to direct kids again when Rose Artistic Director Matt Gutschick handed him a copy of the script. “I was unfamiliar with the story,” he admits. But the project was tailor made for him. “The kids are the show. They carry the weight of the show. The adults all play supporting roles.”
The tale was ideal too. The Herdman children are prejudged as troublemakers by town folk who have not taken the time to understand them. As the principal at Buffett Middle School, he sees those children all the time. “Buffett has great diversity, from the very wealthy to the poor. The Herdmans are kids who don’t have some of the same advantages as the other kids.” It takes Grace, who gets roped into directing the pageant after the original director is injured in a car accident, to recognize what they are capable of.
Mr. “CK” is quickly learning what his cast of fifteen children is capable of. Three of them are Buffett students who had no idea their principal had a theater background until they found themselves auditioning for him. “They get to see me at school and again at rehearsal; they see me in two completely different ways.” Mr. CK is no doubt the new subject of hot gossip during student lunch hours at Buffett.
“The Best Christmas Pageant Ever” is based on the book of the same name. Over the years it has been made into movies and a stage play (the Emmy Gifford Children’s Theater produced it in 1989). The musical is brand new, first produced last year at The Children’s Theatre of Charlotte. This funny, charming story is a timely reminder that you cannot judge a family without getting to know them. Like the Herdmans, the original first family of Christmas didn’t look like much, but their kid turned out to have a lot more potential than anyone imagined.
“The Best Christmas Pageant Ever” will run from December 1 through December 23 at The Rose Theatre. This musical is appropriate for ages five and older. Shows are Friday nights at 7:00 and Saturdays and Sundays at 2:00. There will be a bonus 7:00 show on Saturday, December 16. Doors open 45 minutes before the show, and run time will be approximately two hours with one intermission. Ticket prices are $27 on the main floor and $22 in the balcony. Don’t forget that family memberships at the Rose are only $105 for a family of four, and members can get a discount of $7 per ticket for up to ten additional tickets. Information about memberships is available at http://www.rosetheater.org/box-office/become-a-member/join-the-rose/. The Rose Theater is located at 2001 Farnam Street in Omaha. Tickets are available in person or over the phone through the Rose Theater box office at 402-345-4849 between 9:00 am and 4:30 pm Mondays through Fridays and by phone on show weekends between 10:00 am and 1:30 pm. Tickets can also be purchased on line at http://www.rosetheater.org/shows/the-best-christmas-pageant-ever/.