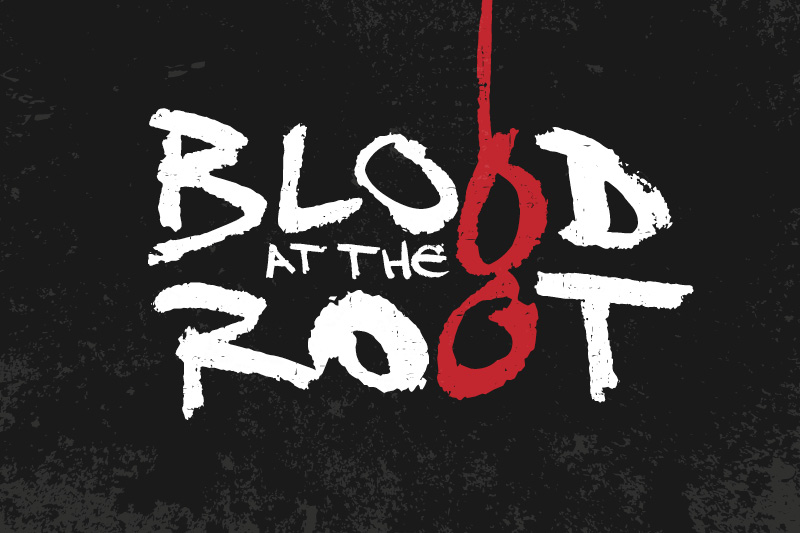 Blood at the Root

Cedar High is your typical high school; a reasonably harmonious place where students interact in class and extracurricular activities, but tend to socialize within their own racial groups. Until Raylynn decides to shake things up. She becomes the first person of color to run for student council president and she spends a free period sitting under a tree on campus where a clique of white students usually hangs out. Long simmering racial tensions quickly build and eventually explode in ways none of the students could ever imagine.

Blood at the Root, a new play by playwright and 2018 McArthur Fellow Dominique Morisseau explores race and justice in a school setting. The play’s title comes from the Billie Holiday classic Strange Fruit (“Southern trees bear a strange fruit/Blood on the leaves and blood at the root”). The story was inspired by the “Jena Six,” a series of events in a school in Jena, Louisiana in 2006 that lead to the controversial convictions of six black teenagers for assaulting a white classmate.

Penn State University commissioned Morisseau to write the play as part of a three year process for their graduate acting program. Through the course of its development it was performed at the National Black Theatre in New York and the Kennedy Center in Washington, D.C., as well as Africa, Scotland, and Australia.  “The play is a devised piece of theater that was later published,” explains the director, Denise Chapman. Unlike Detroit 67, the last Morisseau play produced locally, Blood at the Root is more in the choreopoem style of Ntozake Shange’s For Colored Girls Who Have Considered Suicide When the Rainbow Is Enuf. The story is told through poetry, music, monologues, and movement through the experience of six students, including Raylynn and the victim of the assault, along with a nine person ensemble. “Morisseau takes the event and zooms out to see everything going on around it,” says Chapman. “She explores what justice looks like; the racial and socioeconomic lines in the judicial system.” The play also delves into how we see children. “You’re not really a fully formed adult until twenty-six, but the justice system treats them as adults.”

The production is a collaboration between the University of Nebraska Omaha Theatre and the Union for Contemporary Arts as part of UNO’s Connection Series. The series is dedicated to fostering, inspiring and producing creative partnerships between UNO Theatre and other local, regional and national artistic communities. The cast and crew are primarily composed of UNO students who are mentored by the UCA Theatre ensemble. Blood at the Root is a powerful, challenging play that tends to generate far more questions than it answers. Fortunately for audiences, both theaters are plan multiple talk back sessions following performances.

Blood at the Root by Dominique Morisseau will open at UNO before moving to the Union for Contemporary Arts. At UNO, the show will run at the Weber Fine Arts Building on the campus of UNO, 6001 Dodge Street, from February 19 through February 22. Curtain for all shows is at 7:30. Ticket prices are $16 for all shows. Tickets are available at the UNO Theatre Box office or on line at https://www.unotheatre.com. All major credit cards are accepted. Questions? Call the box office at (402) 554-PLAY (7529).

The production will then move to the Union for Contemporary Arts from February 28-29 as well as March 1 and March 6-8. The Friday and Saturday curtain time is at 7:00 pm, with Sunday matinees at 4:00. General admission tickets can be purchased for $20. This fee helps defer the cost of production licensing and theater operations. Patrons are also invited to further support The Union’s commitment to financially compensating Omaha-area actors and theatre professionals contributing to this production. If the ticket price is prohibitive, the U-Ca generously has a limited number of cost-free tickets are also available at The Union box office on a first-come-first-served basis in advance or immediately before show time.

The Union for Contemporary Art is located at 2423 North 24th Street, on the southeast corner of 24th and Lake Streets. There is plenty of parking on the street and in the lot north of the Union. Tickets are available online at https://www.u-ca.org/performingarts. Tickets can be refunded up until one day before the event. There is more information about the production on the Union for Contemporary Art’s website, by calling them at (402) 933-3161, or by e-mailing them at info@u-ca.org.