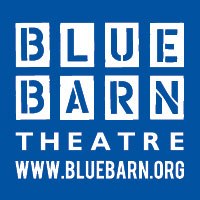 The BLUEBARN Theatre is excited to announce its 27th season. This will be the inaugural season in the BLUEBARN’s innovative convertible indoor/outdoor space at 10th & Pacific.

The BLUEBARN Theatre is proud to present its 27th Season:

Kai is a ten-year-old boy at his grandfather’s knee listening to a story of a magic doorknob. Jump 15 years and he is a young television writer weathering the humiliations of the Hollywood rat race.

Jump in time again, and he and his future husband watch the caterer streak through their wedding reception. Has Kai run into powerful magic or has he just realized the breakneck speed of an ordinary life and what he might have missed? A funny and honest tale about living in the moment.

Back by popular demand!! Little Nelly’s Naughty Noël is a Blue Barn perversion of all we hold dear, at that holliest, jolliest time of the year! With a mad gang of varmints both bawdy and bold, the play takes a wild, woolly romp through Nebraskee of old in an evening that can be described as “Willa Cather on crack” or “The Gift of the Magi” laid out on a rack!

Richard M. Nixon has just resigned the United States presidency in total disgrace over Vietnam and the Watergate scandal. British talk-show host David Frost has become a lowbrow laughing-stock. Determined to resurrect his career, Frost risks everything on a series of in-depth interviews in order to extract an apology from Nixon. The cagey Nixon, however, is equally bent on redeeming himself in his nation’s eyes. In the television age, image is king, and both men are desperate to outtalk and upstage each other as the cameras roll. The result is the interview that sealed a president’s legacy.

Twenty years ago, Pastor Paul’s church was nothing more than a modest storefront. Now he presides over a congregation of thousands, with classrooms for Sunday School, a coffee shop in the lobby, and a baptismal font as big as a swimming pool. Today should be a day of celebration. But Paul is about to preach a sermon that will shake the foundations of his church’s belief. A big-little play about faith in America—and the trouble with changing your mind.

The darkly delicious story of Veronica Sawyer, the brainy and beautiful misfit who hustles her way into the most powerful and ruthless clique at Westerberg High: the Heathers. But before she can get comfortable atop the high school food chain, Veronica falls for the dangerously sexy new kid, J.D., who plans to put the Heathers in their place – six feet under.

OUT OF THE BLUE, a new Special Event series:

WALK THE NIGHT: The highly successful immersive theatre event returns in October to explore the world of one of an original Shakespearean ghost tale. Location and more information to be announced.  October 21 – November 14

About The BLUEBARN Theatre
The BLUEBARN Theatre has been bringing professionally-produced plays to area audiences since. Since its inception, BLUEBARN has produced over 100 plays and has established itself as Omaha’s professional contemporary theatre company.  Striving to bring artistically significant scripts and professional production values to Omaha and the surrounding region, BLUEBARN is known for high-quality entertainment and the fearless pursuit of stories that challenge both theatre artists and patrons.