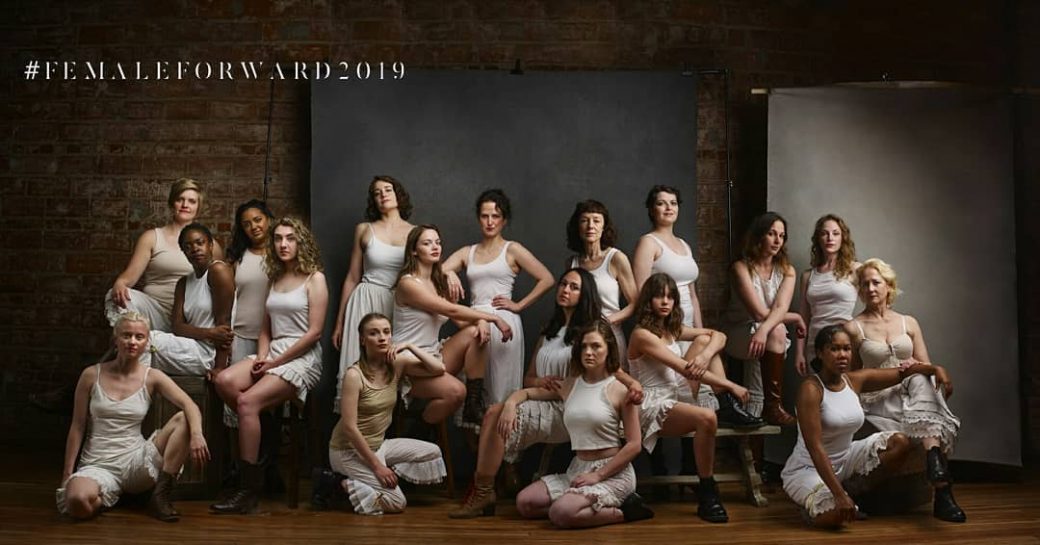 Sarah Lynn Brown, the interim artistic director for Nebraska Shakespeare, formed Juno’s Swans in 2016. Brown had recently finished performing Rosalind in the 2015 production of “As You Like It.” While a coveted role, she realized that this largest of female roles in the Shakespeare canon was still half the size of male roles like “Hamlet.” Meanwhile, an all-male production of “Taming of the Shrew” was being staged in celebration of their upcoming thirtieth season.

Brown decided to explore “Shrew” with an all-female staged reading as a companion to the all-male production. In subsequent seasons, Juno’s Swans performed readings of “Richard III” and “Julius Caesar.” The readings were a hit, leading Brown to move Juno’s Swans to the mainstage in 2019 as part of a “female forward” season.

According to Sarah Brown, “the main goal is to offer more roles for female actors. That’s the bottom line.” Her ultimate goal? We’re looking towards more diversity casting. I want more of a sense of community; that Nebraska Shakespeare reflects the entire community.”

“All’s Well that Ends Well” will be Nebraska Shakespeare’s first all-female staged production. It will be paired with a production of “Hamlet” with a female in the title role. “With an all-female cast for “All’s Well,” we knew we would need about seventy-file percent of “Hamlet” to be female,” says Brown, who directs “All’s Well That Ends Well.” The plan was to simply cast the best actor to play Hamlet, regardless of gender. Brown says there was no question who the best actor was. “Genevieve Simon walked into the room and blew us away.”

In both productions, females will present as women or men, depending on their role. However, the performances are much more nuanced than just women acting as men. In developing Juno’s Swans, Brown has taken a deep dive exploring gender performance. The most recent fruits of this work were seen at the Omaha Community Playhouse’s production of “Men on Boats,” in which Brown consulted with the women on performing male roles. She will adapt the same theories to this summer’s performances. “We’re not changing genders, but we’re not performing masculinity. Hamlet will dress as a man, but not with a wig and a beard. We will explore what is naturally masculine and what is feminine about Hamlet.”

Brown’s approach is based on Judith Butler’s theory that gender is not binary: everyone has both male and female gender characteristics. “Instead of playing with another gender, we find what is male and female inside us,” explains Brown. “We find what is already a part of us, and we accentuate that. So it is natural, not just acted. It comes from a place of honesty.”

Brown notes that a female performance can give entirely new insights to characters and scenes we know so well. “The story and the narrative stay the same regardless of who wields the dagger, but when women perform, certain parts lift off the page.” As with previous Juno’s Swans productions, the audience is encouraged to stay for a talk back after each performance of “All’s Well That Ends Well.” It will be a great opportunity for the cast and crew to discuss and get audience reaction to the show.

This season will bring other new experiences for audiences. The green show will include live musical performances, and the production will be preceded by a short preshow performance of the play, similar to past “Two Minute Shakespeare” performances. The concept is similar to Shakespeare’s prologues: a short road map of the story, so the audience no longer has to read the summary in the program as a refresher. Spoiler alert: it doesn’t end well for Hamlet.

Nebraska Shakespeare presents Shakespeare on the Green in Elmwood Park, situated between the UNO campus and Elmwood Golf Course. “All’s Well That Ends Well” runs June 20 through June 23 and July 5 and 7. “Hamlet” runs June 27 through 30 and July 2, 3 and 6. The July 3 performance will be a special late night performance with a 10 pm curtain. For all other shows, the green opens at 6 pm, with a scholar’s forum at 6:30, a green show including live music at 7:00, a preshow performance at 7:45, and show time at 8 pm. There will be two gender performance workshops open to the public at the Blue Barn Theater on June 24 and July 1 from 6pm to 8pm. Information about the productions, as well as directions, parking, food, special events, Shakesgear, and everything else you could possibly need to know is on their website: http://www.nebraskashakespeare.com/. Or follow them on social media at @NEShakespeare.