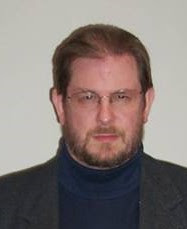 By Roxanne Wach and Randy Vest, Contributors
James (Jim) Engdahl, was born on January 6, 1955, and died December 28, 2017. Jim began singing when he was six and acting when he was 17 – as Tevye in “Fiddler On The Roof” at Chanticleer. He played the role for ten years, off and on, winning the MAG award for Best Lead Actor in a Musical, 1972. He portrayed Richard Henry Lee in OCP’s award-winning 1973 production of “1776.” After graduating from North High School in 1973, he went to Hastings College, majoring in Vocal Music. In 1975, moved to NYC and went to Manhattan School of Music, graduating in 1978. During the next 20 years, he sang over 30 operas in five languages on both coasts and mid-America. He was a cover tenor, brought in many times by conductors Anton Guadagno and George Schick. He coached many roles with Anton Coppola. He spent 2 years as a member of Actor’s Equity and left when he got married and focused on opera. He worked as a Director at the American Singers’ Opera Project for 24 years, helping college performers prepare for professional careers.  For the last 5 years, he was the chairman of Nebraska Vocal Arts (N.E.V.A.), where he advised clients in the business of American Opera and Musical Theater, gave classes, sought new compositions of opera and musical works, as well as seeking out new artists for opera and musical theater. Though his health had been declining for several years, he was writing a new musical, which he was very excited about.
From Randy Vest:
I met and worked with Jim in 1972 when we were cast in FIDDLER ON THE ROOF at Council Bluffs, Iowa’s Chanticleer Theatre. Jim, at 17, was a simply amazing Tevye in that production and people within the theatre community — and outside of it — talked about his performance for a long time after. Our paths crossed again some months later when we were both part of the Omaha Playhouse’s production of 1776, wherein Jim, as Richard Henry Lee, stopped the show every night with “The Lees of Old Virginia.” (Jim won much-deserved awards for both of these aforementioned productions). Our paths diverged after that, and though we had both moved to New York City at different points in time, we ran into each other only once or twice over the decades. Around 2009, we were both back in the Midwest and got together a few times for lunch to discuss our memories and what things may come. Jim, though struggling with serious health issues, was writing a musical and got very animated when talking about it. He was also excited to learn that I had kept audio-only cassette tapes of our two shows together and was thrilled when I got copies made for him. I am so glad I was able to bring him some joy during his last years when he facing so many physical challenges. Rest in peace, Jim.