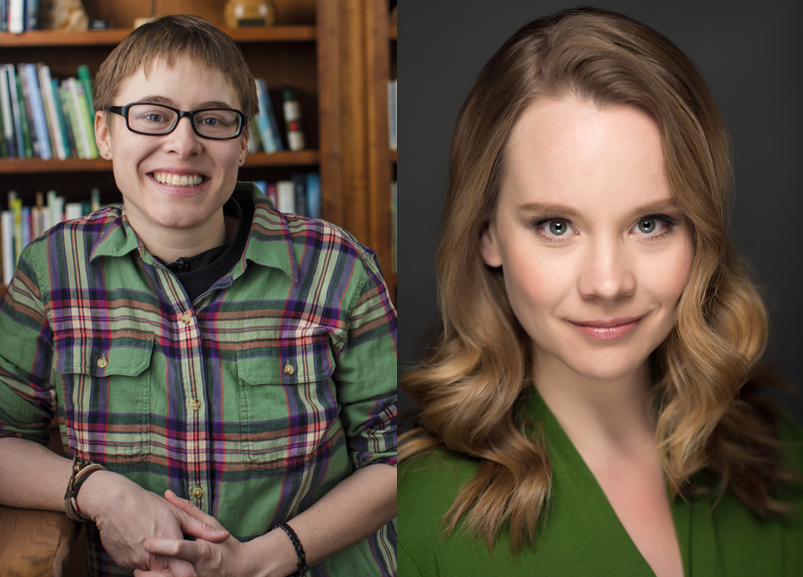 By Stephanie Kidd, TAG Board Member

Last Spring when she was working with incarcerated men at the Nebraska State Penitentiary, theatre practitioner Haley Haas found herself in need of a playwright with a certain set of skills to complete the project. Luckily, she ran into fellow theatre artist Colleen O’ Doherty at a theatre event. “I marched over to her, gave her my card, and told her we had to have coffee,” Haas said.

What grew out of that meeting was the creation of the Anastasis Theatre Company, a company that, according to its mission, works to lift the unheard voices in our community. Their plays bring diverse groups together to highlight the beauty of our differences and reveal the common thread of our humanity.

For now, the unheard voices are those of the inmates in the Nebraska State Penitentiary and the homeless population in Omaha. Their work with the homeless will culminate with a public performance at the Great Plains Theatre Conference in May 2020.

Haas says Anastasis connects with a given community and uses storytelling and interviews to better understand the issues the community faces. This is what she did with the men from the Nebraska State Penitentiary and where her partnership with O’Doherty plays a role. O’Doherty then steps in and assists with writing pieces for the members of the community, or partners with the community members to help polish what they have written. The pieces are then developed to share first within the community, and later with the public.

O’Doherty said Anastasis wants “to be of service to the community, to cut the barriers away.” She said the communities they serve often do not have access to theatre, and they hope to provide their service in a way that allows a new group of people to experience theatre.

Anastasis has plans to work with a number of communities in the coming years — domestic abuse survivors, refugees, young people aging out of the foster care system, the Spanish speaking community. They hope that their current work with the homeless and the incarcerated can be part of an annual cycle of theatre events.

The work they are doing is made possible by partnerships with local nonprofit organizations. In addition to their work at the Nebraska State Penitentiary, they currently are working with the Open Door Mission and the Stephen Center, and they are looking into additional partnerships with other organizations. Haas and O’Doherty have applied for a number of grants that would allow them to hire professional actors and theatre practitioners to work alongside the members of the community.

Both Haas and O’Doherty express passion for their theatre and its mission. “Omaha has space in its theatrical landscape for a company like this,” Haas said. “It fills a need that is not currently met.”