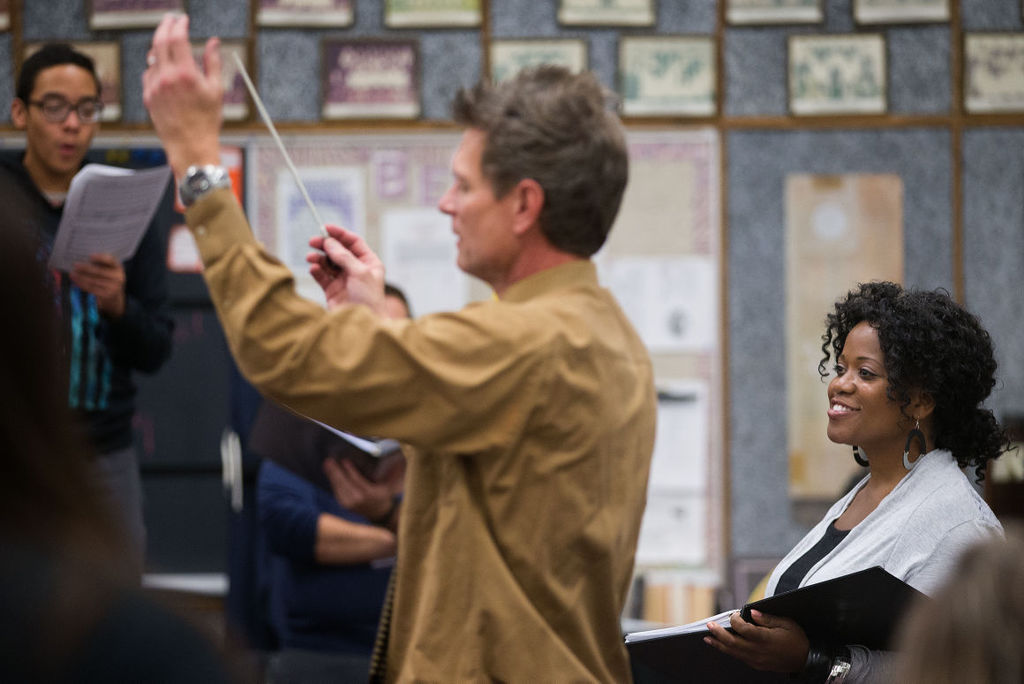 Omaha’s Quiana Smith, known professionally as Q. Smith, is another former TAG Scholarship winner who is living her dream. She auditioned for the scholarship with a beautiful operatic aria, and the judges were so impressed with her incredible talent that she was awarded the scholarship.

Quiana was back in town this past November to give back to her community. This is an excerpt from an Erin Grace column in the Omaha World-Herald on Nov. 15, 2014:

“This 37 year-old mezzo-soprano listened to what has become an annual rite in Omaha — a collaboration between professionals with the Omaha Symphony and budding but unpolished talent among the teenage ranks. Q. listened and heard the beating of her own heart: 20 years ago, this was the moment when her own dream began to form.”

Two decades ago, Quiana Smith was a high school student at Omaha North standing on a music room riser, singing in the same symphony-sponsored choral program that culminates in a public show. It was at that time that she was approached by one of her high school teachers, who told Q. that she had that inexplicable “something.” Although this was the first person to encourage Q., it certainly wouldn’t be the last. Later, a volunteer vocal coach mentioned to her, “You know, you could sing opera.” She then proceeded to teach Q. an Italian area. It wasn’t long before a young Omaha Symphony conductor, Ernest Richardson, encouraged Q. to do a solo.

Her parents, mother Llana and father Rudy (a retired World-Herald photographer), also encouraged her. She applied to college musical theater programs, with the goal of earning a Bachelor’s degree in Fine Arts in mind. Q. auditioned. Q. failed. Q. auditioned some more. And Q. failed some more. Still, Q. was no quitter. Q. attended UNO, studying theater for two years. She took dance lessons and auditioned for community theaters around Omaha. Two years later, she was accepted at Ithaca College in Ithaca, New York, home to one of the nation’s best theater schools.

After Q. graduated from Ithaca with a Bachelor’s degree in Musical Theater, she toured with Omaha’s Rose Theater’s production of “Mufaro’s Beautiful Daughters.” She then moved to New York and got a big break — touring with “Smokey Joe’s Cafe,” starring Gladys Knight.

She has performed all over the world and on some of America’s best-known stages: Carnegie Hall, Lincoln Center and the Kennedy Center. The day before President Barack Obama’s 2008 inauguration, Q. sang the national anthem and “The Impossible Dream” at a party for Nebraska Democrats in Washington, D.C. She also has Broadway credits to her name, including “Mary Poppins” and “Les Misérables.” She played the role of Miss Andrews in “Mary Poppins” when it played at the Orpheum in 2011.

When the Omaha Symphony called, to see if Q. would like to work with the annual high school Choral Collaborative, the former Omahan jumped at the chance to return. She is also working on what she hopes will become a book about women of color in theater, film and TV. She has interviewed many performers, students, playwrights and technicians.

Q.’s background with TAG also has a unique and poignant twist. Having gone through some financial straights in 1994, TAG turned to Bob Roberts (for whom our board is named) and his lovely wife Rosalee (our current historian), who donated the full amount of the scholarship to Quiana, much to her and her parents’ delight. Their generosity is remembered by all, and it has assisted in making this incredible actress’s dreams a reality. Just remember – your donations to the TAG Scholarship fund each year can help other talented Omaha teens follow their dreams, including those much like the very gifted Ms. Q. Smith.