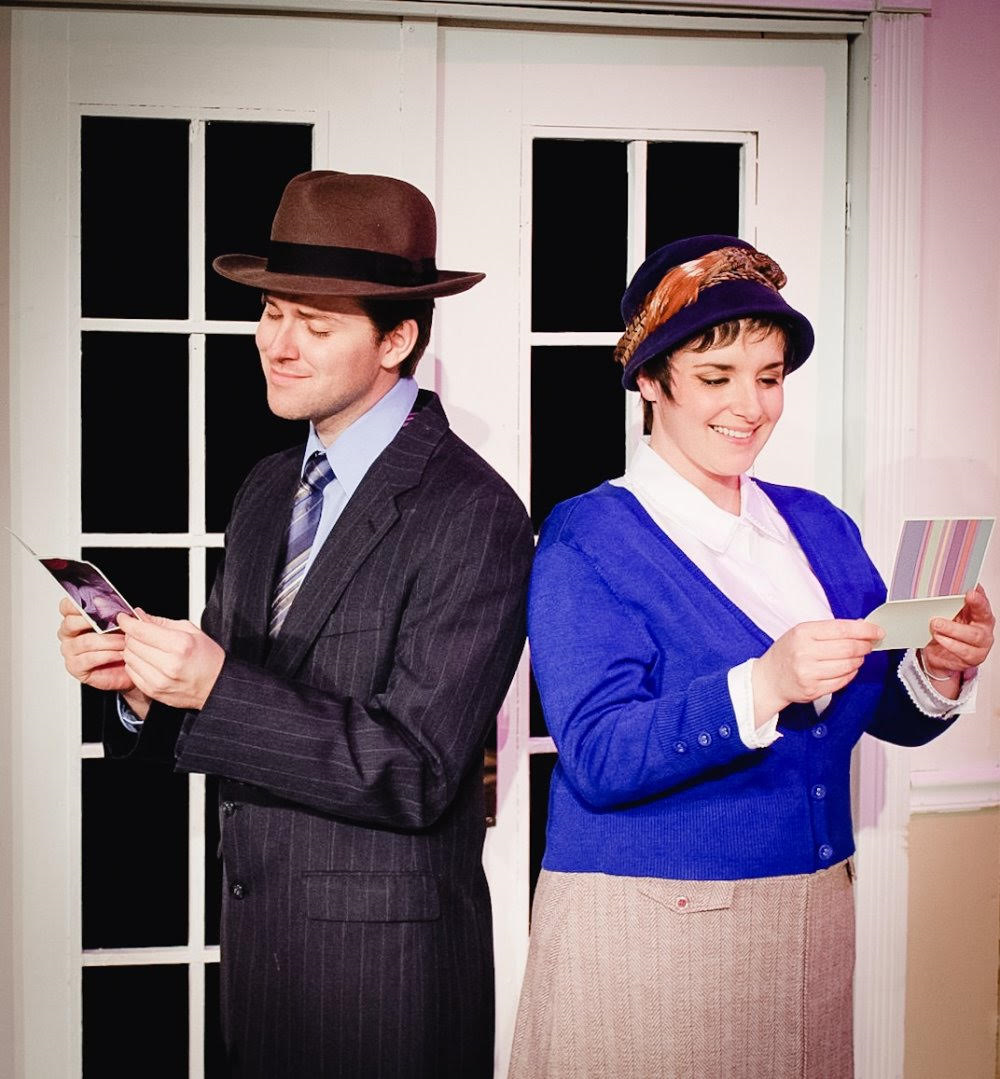 A down on her luck Amalia wanders into a parfumerie looking for a sales job. She dazzles the shop owner into hiring her on the spot, much to the consternation of Georg, the shop’s best salesman. The two rivals take an immediate dislike of each other, and in no time they can barely stand each other’s presence.

Little do they know they have been writing love letters to each other for months.

The plot of the 1937 play “Parfumerie” by Hungarian playwright Miklós László has charmed American audiences for generations, from the 1940 James Stewart-Margaret Sullavan film “The Shop Around the Corner” to the 1998 hit “You’ve Got Mail” starring Tom Hanks and Meg Ryan. It is also the subject of the Bellevue Little Theatre’s upcoming musical, “She Loves Me.”

Director Marya Lucca-Thyberg didn’t know the show until she started noticing actors showing up to national auditions for the Nebraska Theatre Caravan singing “Vanilla Ice Cream” and “Tonight at Eight.” She fell in love with it. “It’s such a charming piece. This is not just a story about love, but a story about friendship.”

Lucca-Thyberg has spent her entire life doing theater. “As a kid my brother and I would perform musical numbers in the basement and on the front lawn.” Realizing her chances of making a living in theater were limited, she got her teaching degree and eventually took over the theater program at Bellevue West High School in 2001. “I love telling stories, and my first love was musical theater,” she says. “I adore them.”

Her first musical stage direction since retiring from Bellevue West in 2017 tells a wonderful story populated with real, lovable characters. “She Loves Me,” written by the musical team of and Jerry Bock and Sheldon Harnick and starring Barbara Cook, debuted in 1963. While moderately successful, it suffered from poor timing, overshadowed by “Hello Dolly!” in 1963 and overwhelmed the following year by Bock and Harnick’s 1964 smash, “Fiddler on the Roof.” MGM bought the rights and tinkered with the possibility of pairing up Julie Andrews and Dick Van Dyke, but the project fell through and the musical faded from view until a hugely successful Broadway revival in 1993. The show has been an audience favorite ever since.

“She Loves Me” will run at Bellevue Little Theatre for three consecutive weekends, from March 15 through March 31. Shows are Friday and Saturday nights at 7:30, with Sunday matinees at 2:00. There will be a TAG Nite Out on Thursday, March 14. Ticket prices are $20 for adults, $18 for seniors and $10 for students with proper ID. The Bellevue Little Theatre is located at 203 West Mission Avenue in Olde Towne Bellevue.

Tickets are available by calling the Bellevue Little Theatre Box at (402) 291-1554. For more information, call the theater or check out their website at: http://bellevuelittletheatre.weebly.com/.