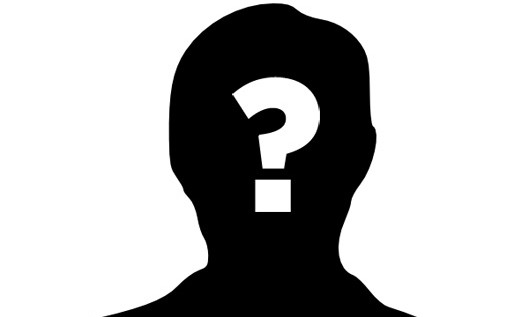 TAG is proud to announce the newest additions to our administering board, each beginning their three-year terms in September of 2014.

Marie Amthor recently re-located from Vail, Colorado as a result of participating in her first Great Plains Theatre Conference in 2007, where her one-act play, Coming Up for Air, was a featured piece in the PlayLab series. Marie’s first play, The Baby Journals, was produced at the Franceour Theatre in Adrian, MI in 2005. Her second full-length play, The Other Sewing Circle, was featured in a Before the Boards staged reading at the Shelterbelt Theatre in July of 2014 and will go into full production at the same venue in January and February of 2015. Marie earned her BA in Theatre and Speech Communications from Siena Heights University. Marie has also acted and directed at a number of theatres, including the Croswell Opera House, Stubnitz Lab Theatre, Franceour Theatre, and more. Most recently, she appeared in OCP’s 21 and Over’s staged readings of Exit Pursued by a Bear and A Bengal Tiger at the Baghdad Zoo.

Karrin Dignoti is delighted to, once again, be active in theatre as an actress and (when not in shows) an audience member seeing as many shows as possible.  While having been extremely active in theatre prior to moving to Iowa, she took an extended hiatus from the stage to raise her son, during which time she was directing and musically directing church productions for seasonal entertainment.  2012 marked her Omaha debut where she has since enjoyed being on the local stages of The Omaha Community Playhouse, Bellevue Little Theatre and The Chanticleer.  She is thankful for her new, extended “theatre family” who has embraced her with open arms.  Karrin studied at Western Illinois University majoring in vocal performance.  For the past 16 years, she has run a transcription business as an independent contractor with the State of Nebraska – Douglas County Probation Office.

Stephanie Kidd holds a B.F.A. in Theatre from Creighton University and an M.A. in Theatre from the University of Nebraska–Omaha. This summer she completed her PhD in Higher Education Administration from the School of Advanced Studies in Phoenix, Arizona. Stephanie has worked professionally in the Omaha area as an actor, director and educator for fifteen years. She has appeared on most of Omaha’s community theatre stages, and has done extensive work for the Omaha Theatre Company for Young People both as an actor and as a teaching artist. She currently works as the Director of Career Development & Student Services for Omaha School of Massage & Healthcare.

Emily (Neve) Mokrycki has been active in the Omaha theatre community for ten years and has previously served on the TAG Board as a co-chair of the TAG scholarship committee. Most recently Emily was seen on stage at the Omaha Community Playhouse as Mrs.Cratchit in A Christmas Carol. Other roles include Bess in Quilters at OCP, Ellen in Little Dog Laughed at SNAP! Productions, Bell in The Fantasticks, Aunt Ev in The Miracle Worker, and Germaine in Picasso at the Lapin Agile at University of Nebraska at Omaha. After graduating from Dana College she received her master’s degree in Theatre from UNO and has been the theatre teacher at Omaha Burke High School since 2011. Emily loves singing karaoke, being involved in her church community, and spending time with her husband Joe.

Mike Palmreuter joined the Omaha theatre community after moving to Nebraska in 2008. He holds a B.A. in Elementary Education and is completing an M.A. in Communication at UNO.  As an actor and playwright, Mike has performed with a number of Omaha companies including the Omaha Community Playhouse, Shelterbelt Theatre, Lofte Theatre, Great Plains Theatre Conference, Papillion-LaVista Community Theatre, UNO and Creighton University. This follows community, university, and professional theatre experience in Texas, Indiana, Illinois and Wisconsin over the last 20+ years. Mike is eager to offer assistance in any capacity needed to the Theatre Arts Guild. Pacific Life is where Mike spends his weekdays as a Business Service Specialist.

Susan Tracy is an enthusiastic supporter of theatre and the performing arts in the Omaha area.  You won’t see her onstage or find her backstage, but you will find her in the audience of as many performances as she can fit into her schedule.  Along with her husband, Jim, she helped to found CU@theArts, an organization to support the fine and performing arts at Creighton University.  Currently, Susan is a member of the Board of Directors for Nebraska Shakespeare, and was on the Advisory Board for Opera Omaha, as well as a member of the Opera Guild.  She received her undergraduate degree from the University of Maryland, and an MA in Theology from Creighton University.  Susan and Jim have three wonderful sons and one terrific daughter-in-law.  Susan’s “day job” is caregiver for her sweet, adorable 2-year-old granddaughter, Evelyn.